The first meeting of the Boulia branch of the ICPA was held on April 21, 1972 in Boulia. Cliff Donohue chaired this meeting. Office-bearers for the meeting were Cliff Donohue (president), Mrs Vida Beauchamp and Mrs Barney McGlinchy (vice-presidents), Greg Bierton (secretary/treasurer).

The branch then lapsed until another meeting was called for July 5, 1974 at 8-12 pm in the Shire Council Chambers in Boulia. Present at this meeting were Reg and Marj Arthur Glengyle Station, Lyn and Lou Britton Goodwood Station, Reg Beauchamp Stockport Station, Syd Halfpenny Mudgeacca Station, Earl Ogilvie Lorna Downs, Cliff Donohue Boulia, and Rhondda Alexander Marion Downs.  Leave of absence was given to Dianne Clark Sandringham Station, Betty Tully Cluny Station, and Karen Lowskowski Bedourie. Motions for State Conference were for remedial teachers and for the implementation of Pre-School correspondence lessons. Our financial balance was $31-23.  It was moved at this meeting that the branch be continued as the Boulia-Bedourie-Birdsville Branch and membership fees were set at $3 per family. Office bearers elected were Cliff Donohue (president), Reg Arthur and Lyn Britton (vice-presidents) and Rhondda Alexander (secretary/treasurer).

The National Conference for Pre-school Education for Isolated Children was to be held in Brisbane in September. It was moved that Rhondda Alexander and Barney McGlinchy would be delegates to this conference.

Since then we have been able financially to send delegates to both state and federal conferences each year, except for one year.

In 1989, we hosted the State Conference in Birdsville with the theme of "An Isolated Experience".

The annual membership fee for BBB Branch is $45/family.

The Branch has had three members on State Council, these being Ailsa McGlinchy (1981-1982), Elizabeth Debney (1988) and Lorraine Kath (2000 - 2001). Jane Morton stood as a Federal Councillor from 2012 - 2020, where she was Federal Secretary and Federal Assistant Secretary during that time. 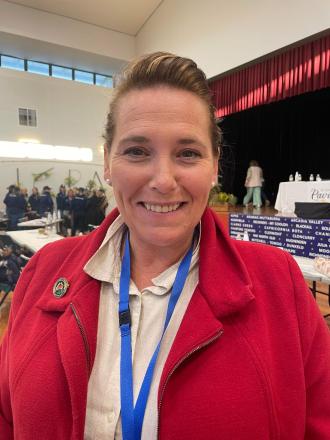