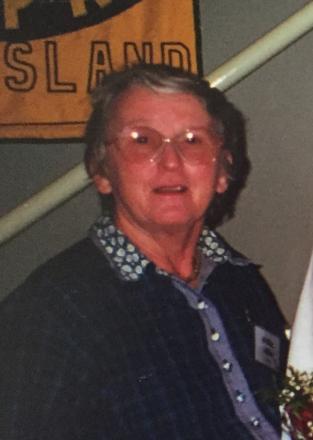 Gillian first joined ICPA at the inaugural meeting of the Augathella Branch in 1973.  In 1976, Gillian presented a motion to the Longreach State Conference - "That equal opportunity be given to girls to enter courses at Agricultural Colleges providing their aptitude and qualifications were satisfactory."  She was also responsible for a motion the following year which read, "That the Queensland Council request that the Education Department give more serious consideration to implementing the ideas and suggestions of country parents who have had first hand knowledge and experience of educational needs of isolated children."

Gillian was elected to State Council at the Longreach State Conference in 1977 as a delegate of the Charleville School of the Air Branch.

During her ten years on Council, Gillian pursued her areas of particular interest, being Distance Education, PCAP, Communications and the daily conveyancing of children to school.  Gillian was a member of a small committee of Councillors who prepared the initial submission recommending the restructure of correspondence schooling in 1981.  Gillian also remained an active member of the South West PCAP committee, and as such was responsible for several ICPA submissions in response to PCAP reviews.

During her term with Qld State Council, Gillian held the positions of Publicity Officer, Lone Member Representative and was Vice-President when she retired in 1987.  From 1987 - 1990, Gillian was then a Federal Committee member.

Gillian was awarded a Branch Life Membership of Augathella in 1986 and a Qld Certificate of Appreciation in 1992.