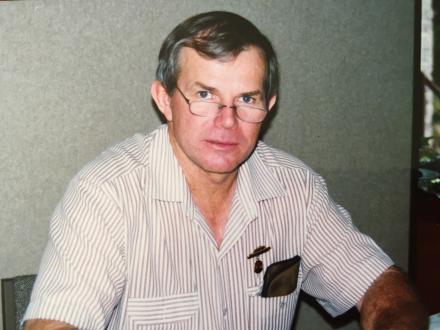 Richard became a member of Bollon Branch in 1979 and was elected Branch President in May 1988.  Attending the State Conference as a branch delegate in 1988, he was nominated for and duly elected as a State Councillor.  In 1990 Richard was elected Vice-President and then State President in 1991 at the Longreach State Conference.  Richard stood aside from this position in 1993 and retired from State Council in 1996.  It is noted that the years Richard spent with State Council corresponded with some of the most difficult years for primary producers in Queensland.

During his term on State Council, Richard was involved in the submission to the Department of Education regarding the Remote Area Incentive Scheme (RAIS) for teachers, the LAFHAS in 1993 and the changes to the Country Area Program.  He was involved in the rewrite of the Constitution in 1994 to enable Incorporation of the Association and a review of the By-laws in 1996. Even after retiring from State Council, Richard and his family took responsibility for putting the archives on disc and the keeping of this valuable resource on behalf of State Council.

Richard was awarded a Branch Life Membership in 1994 and a Qld Certificate of Appreciation in 2005.