Welcome to the Western Downs Branch!

HISTORY OF THE BRANCH

The inaugural meeting of the Condamine Branch of ICPA was held on 4th February 1988, and the Branch was the 58th ICPA Branch to be formed in Queensland. On 5th December 1991 members voted to change the branch name to the Condamine/Western Downs Branch of ICPA, as this more truly represent the branch membership. On the 16th March 2015 members once again voted on a name change for the branch.  It is simply the Western Downs Branch of ICPA, as this defines the branch membership to a specific area. Members reside in and around the towns of Condamine, Drillham, Dulacca, Glenmorgan, Jackson and Miles.

The inaugural Executive were:

The Western Downs Branch has an average annual membership of between 20 and 30 member families. These families have children attending the small State Schools in Condamine, Drillham, Dulacca, Glenmorgan and Miles, Boarding Schools in Toowoomba and Brisbane, Universities and other Tertiary Institutions.

Meetings are usually held regularly, and we encourage any interested families to attend our meetings. For more information please contact any of the Branch Executive listed below.

ISSUES OF CONCERN FOR OUR BRANCH:

The Branch has sent delegates to many Federal, and most State Conferences over the years. Delegates have presented motions at conferences which express the concerns and problems of the member families.

As the Western Downs Branch has always been a relatively small one, the ability to host a State Conference has been limited. So it was with much pleasure in 2000, that the members accepted the challenge to assist hosting the Queensland State Conference held in Chinchilla. This Conference was hosted by 5 branches - A/B/C, Condamine, Moonie, Taroom/Wandoan and Westmar/Inglestone.

BRANCH MEMBERS who have served on STATE and FEDERAL COUNCIL: 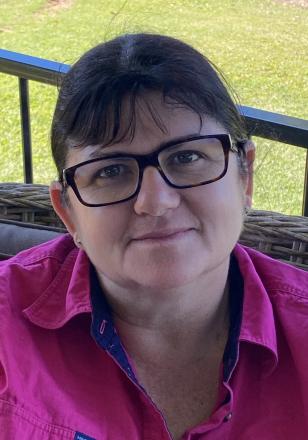