Welcome to the Nebo Branch!

In 2022, the Nebo Branch will proudly celebrate being involved with ICPA for 45 years!

The formation of the Nebo branch ICPA was the outcome of a meeting convened by Mr John Onley, on 13 November 1977. The inaugural meeting was attended by twenty-one local and supporting district parents, who were interested in the work that ICPA was already doing for the education of isolated children. Guest speakers were Mr. Mark Stoneman and Mr. Lach Tindall, who were members of the ICPA State Executive. They discussed the association’s achievements, objectives, finances, and answered questions posed by the meeting. In response to the information received the Nebo ICPA Branch was formed, and the first branch executives were:

Nebo remains at present a strong and active branch, both locally and with the State Council. It enthusiastically encourages new families with early childhood issues right through to those with tertiary issues, to attend branch meetings and to become ICPA members. The Nebo branch has a large catchment area taking in a huge geographical area within the Isaac Region which includes the towns/areas of Nebo, Glenden, Coppabella, and Valkyrie, as well as many smaller places in between. As we have a lot of members travelling long distances to attend meetings, it was decided to alternate meetings between Nebo, Coppabella and Valkyrie throughout the year. This shares the burden of travelling between members.

Since our formation we have tried to assist both State and Federal Councils in their endeavours to improve the education of isolated children, by making annual donations. To date our branch has donated many dollars to both State and Federal council. We also try to financially assist other branches, whenever we see a real need.

The success of these conferences proved that distance, size and location of the branches, holds no barriers. Thank you to neighbouring branches for the support at both conferences.

Over the years, Nebo branch has been fortunate enough to have had, representation at nearly all State and Federal Conferences. Our branch plans to continue this trend in the future.

Our record membership has reached 45 members and the branch continues to flourish due to strong leadership, a healthy membership and an energetic committee. In 2008, our branch was pleased to see younger members accept executive positions, and their drive, enthusiasm and positive attitudes, has encouraged more new members. These new executive members would also like to take this opportunity to thank the branch’s more wise and long time members, for their mentorship, assistance and encouragement.

AREAS OF CONCERN FOR OUR BRANCH:
Our branch aims to address the issue of equitable access to educational opportunities for all children in rural and remote Australia, and to ensure children are not disadvantaged by where they live in this great country. Areas of interest for our branch include all facets of education from pre-school to tertiary, as well as:

Nebo Branch volunteers people power in return for donation at the local Nebo Rodeo and we have been fortunate to become an annual beneficiary of the Nebo Bushmans Carnival Inc whereby they generously make a yearly donation to our branch in recognition of the valuable work and awareness of rural education our branch advocates for.  We continue to cater at the local Campdraft, traditionally cooking the opening night competitors BBQ at the Nebo Slouch Hat draft. We are fortunate enough to have a long tradition of generosity from our local meatworks, Borthwicks, or a local family who donates all of the meat which means our fundraising goes a lot further.

In 2010, BMA generously assisted our Branch to purchase a cold room trailer which has since been in high demand within the local community and is the main source of our fundraising.  The use of this cold room is also donated to neighbouring branches for use at various events which benefit our rural kids.

In 2021, we were proud to cook the opening night BBQ for the ACA National Campdraft Finals which were held in Nebo on the 6th April and demonstrated to a very wide audience the presence and work of ICPA. We also pride ourselves on providing burgers that are fully loaded with high quality steak, an array of salads and homemade coleslaw which is always a hit with competitors.

The Nebo Branch have been strong supporters of the nearby Clermont ICPA Sports Camp, sending our own members to the camp to assist with the day to day running, being camp cooks as well as providing financial assistance where possible.  Children from our region are fortunate to have access to this incredible opportunity.

Nebo Branch warmly welcomes new members, and continues to be an active branch of the ICPA. The branch works towards one common goal, and that is to achieve the best possible education for our children. We are also proud to mention that many of our original branch members are still involved in the Nebo branch today.

We would like to take this opportunity to thank all our State and Federal Councillors for the wonderful job they do. We are grateful for all the time you give, your dedication and for continuing to persevere. Your hard work ensures that our association’s profile is well respected and is held in high regard by Government and Education departments. Our isolated children’s education has come a long way since ICPA began some 30+ years ago, but we know we cannot become complacent because there is still a lot of work to be done in order to ensure that all isolated children have equal access to education. 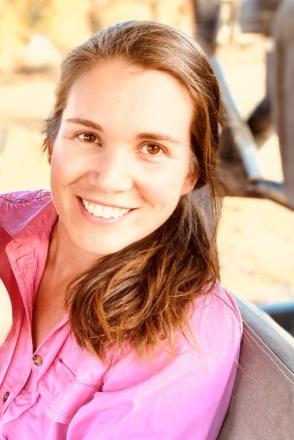 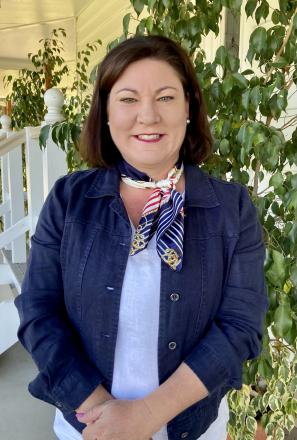