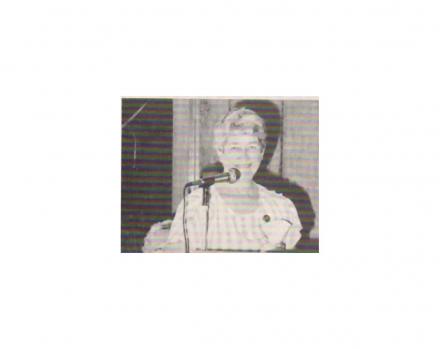 Gwen was elected Vice-President at the inaugural meeting of ICPA Qld held in Charleville on the 2nd November, 1971.  Following the formation of the Blackall Branch, Gwen was elected Branch President and set about gathering information on the education issues and needs of over 1000 families across the state.  Much of this early data and statistics was utilised in deputations to Government and in ICPA submissions to the Senate Select Committee on Education and the Arts.  Gwen spoke to public meetings in nearby towns like Tambo and Longreach, and this contributed greatly to the rapid growth of ICPA branches throughout the state.

Gwen was awarded a Qld Certificate of Appreciation in 1984.