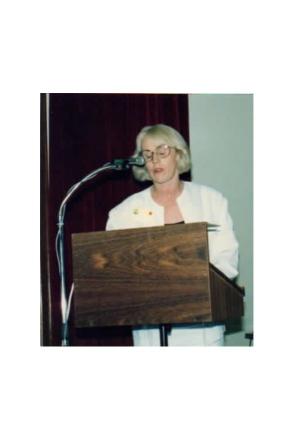 Annette joined the Blackall Branch at its inception and the committee in 1973.  She held various positions including President from 1976-1977.  At a branch level, Annette was instrumental in the formation of the local ballet group and the introduction of the travelling ballet teacher.

Annette was elected to Qld State Council in 1976 in Longreach and the following year took on the role of State Secretary.  Annette was responsible for the compilation of numerous submissions and always adopted the philosopy that what she did not know through personal experience with her own children, she could obtain through constant communication with members.  Her seven years on Qld Council ran simultaneously with five years on Federal Council from 1978-1983, with two years as Federal Treasurer.

Annette was awarded a Qld Certificate of Appreciation in 1985.