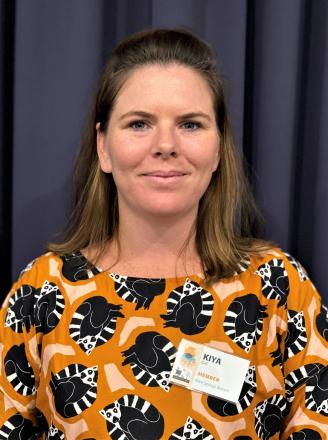 Kiya and her family live and work on a remote cattle station 350km NE of Alice Springs. She has two young children with one attending Alice Springs School of the Air.

Having grown up in remote Groote Eylandt and Borroloola, Kiya is passionate
about diversity and showcasing the people and stories of the Northern Territory.

Kiya has extensive experience in event management and boldly takes on projects which promote cultural diversity and inclusion.

Prior to joining the Australia Day Council Kiya was employed by the Australian Red Cross in several roles including emergency response and disaster management.