Welcome to the Rankins Springs page.

The Rankins Springs Branch of ICPA was formed in February 1988, under the direction of the then State President Helen Withers and NSW Councillors Jenny Sheaffe, Margaret McLean and Mitty Davies. Our initial membership was 19 families in 1988 – and over the years our membership has grown to 35 families. Our boundaries have also expanded to cover the Naradhan, Lake Cargelligo and Weethalle districts as well.

Some of our major concerns and achievements over the years are as listed:-

• Introduction of a tertiary access allowance for remote students

• Independent Youth Allowance for remote students once they commence university

• Changes to the Assets Test for Independent Youth Allowance recipients

In the early days, all our fundraising was through catering for local events. Our reputation as caterers continued to grow and we have been very active in this area over the years, catering for Melbourne Cup luncheons, birthday parties, clearing sales and weddings. The money raised through the catering was used to fund the delegates’ accommodation and travel to present families’ issues on the conference floor.

Our fundraising continues and once again we collate and mail the 'Top Wire' four times per year. Barbara Luelf started the newsletter in 1991 - 1996 when she was on the State Council. Jenny Caughey was the editor of the Top Wire from 1999 to 2006 and Kerrie Johnson started in 2015 and is the current editor.

Wendy Anderson and Ellen Walker have been Rugby Tops Convenors (now called ICPA Merchandise).  Barbara Luelf also produced the Mailbox to Megabytes book to capture the history of ICPA and then later took on the role of ICPA-NSW Archivist.

The success of our branch can be attributed to the dedication and commitment of our hardworking members and the advice and leadership we have received from those members who have served on State or Federal Councils. Barbara Luelfas President), Jenny Caughey (as Vice president and Top Wire Editor), Carolyn Groat, Ellen Walker (as Treasurer) andLindy Kitto (as Secretary) have all served on State Council. Barbara Luelf and Dianne Hill served on Federal Councilwith Barbara serving on both State and Federal councils concurrently. These ladies have brought issues to our attention and encouraged the Rankins Springs branch members to advocate for improving the circumstances of our rural and isolated communities. 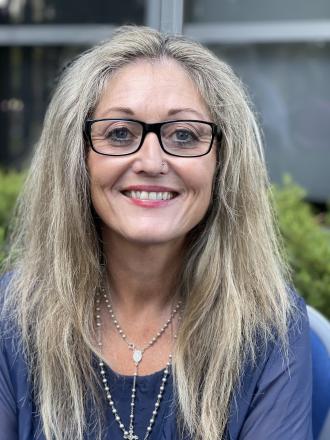