At the 1983 State Conference held at Broken Hill, the NSW constitution was amended to allow Lone Members the same opportunities as Branch members in formulating ICPA policy. Over the previous few years Lone Member numbers had risen so rapidly, it was decided that this step was necessary. A member of State Council (Jeanette Hall) was appointed to represent Lone Members, and two voting delegates were to be appointed to represent them at conference. In 1984, 16 Lone Members attended the conference in West Wyalong as observers.  Since then, there have been a succession of hard working Lone Member Officers from various locations around NSW.

In 1990 a letter was forwarded to every boarding school in NSW inviting them to nominate a representative, and now many schools - both government and non-government - and many of the hostels in NSW have a Lone Member representative. This enables an interchange of information between ICPA and the schools as we all work together to seek access to education for our isolated children. Many schools have designated one or more scholarships for children of ICPA members in recognition of the hardships many families are facing in educating their children.

Other Lone Members have served on State Council in many positions:  They include Sally Keating from Adjunbilly, and Sue Gordon from Young.  Sue was State Treasurer from 2001- 2005, and State President 2005-2008 and Immediate Past President 2008-2012.

Currently, there are over 90 Lone Members in NSW. It is comprised of members who live too far from a branch to be actively involved, or who may be a representative of a government department, boarding school or hostel, or simply someone interested in the work of ICPA.  Several local branches have been formed over the years, when a number of lone members get together or are brought together by State Council.

Lone Members sends representatives to attend State and Federal Conferences, and encourages members to submit concerns in the form of motions to conference. 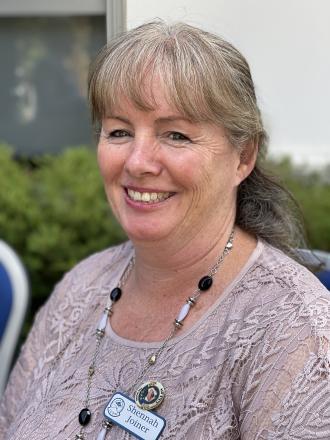