First Branch President was David Houston who continued in this role until 1983, at which time he was elected to the ICPA-NSW State Council. The following year David was elected State President. He also served on ICPA-Australia Council and became President of ICPA-Aust in the late 1980’s.

The Hay Branch has hosted two State Conferences – one in 1994 and another in 2004. Hay Branch embraces the opportunity to host a conference as it enables the branch to work as one to highlight the unique features found in this area of the state. The 2004 Conference was held in the Spirit of Anzac multi-purpose building at the Hay War Memorial High School. The Hay Branch recently convened the 2012 Federal Conference in Griffith.

Branch Certificates of Merit are awarded to members who have maintained their ICPA membership for 25 years and are presented at the annual fundraising tennis day.

Hay Branch is proud to be one of the largest branches in NSW and membership covers all villages and towns in the surrounding area including Jerilderie, Finley, Coleambally, Booroorban, Deniliquin, Moulamein, Hay, Booligal, Oxley, Maude, Ivanhoe and Mossgiel.

We are an active branch holding an annual tennis day on the first Sunday in May. We run a produce stall at a polling booth in Hay on election days and usually have the opportunity to do some catering for various functions during the year including Open Gardens.

Hay is home to Shear Outback, the Australian Shearers’ Hall of Fame, which was opened on Australia Day 2002.

Hay is situated half way between Adelaide and Sydney, on the Sturt Highway, and five hours north of Melbourne, nestled on the banks of the Murrumbidgee River.

While in Hay you can visit the many museums, take a boat ride along the river, take a leisurely walk alongside the river and enjoy the lovely warm climate and sun-filled days.
The Hay saltbush plains have always been a rich grazing area for merino sheep with several famous studs situated in the Hay area. In recent years the district has diversified into rice, cotton, fruit and vegetable growing. 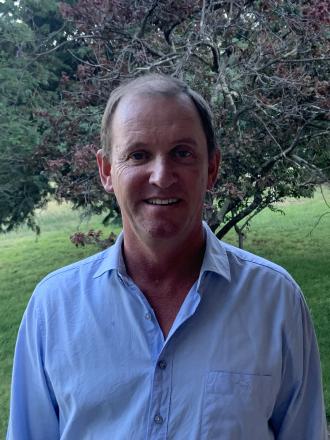