8th December 2013 - Branch Name Change
At the Annual General Meeting held on the 8th December 2013 a motion was passed that Tottenham Branch be renamed to reflect the goegraphic boundary of our membership. The branch will now be known as Central West Plains.

Tottenham Branch of the ICPA began in 1973 following a visit from the late Geoff Green from Nyngan, who came to Tottenham and spoke of the need for the formation of branches of the ICPA to help fight for the access to education for isolated children.

The foundation executive consisted of Mrs Jill Doney as President, Mrs Didi Menzies as Secretary and Mrs Pam Eggleston as Treasurer. Unfortunately all records of the first and most formative years of the branch were lost in the fire which destroyed 'Orial' in 1976, the home of Didi Menzies, who continued as Secretary until late 1976.

Tottenham branch has fortunately been able to continue with a steady membership, with over 80 member families.

The branch members have helped with morning and afternoon teas at State Conferences including Nyngan, Condobolin and West Wyalong.

Tottenham, Nyngan and Quambone & District branches convened the 1990 Federal Conference in Dubbo with Tottenham member, Gwen Campbell as the convenor.

Tottenham branch convened the 37th State Conference in Dubbo in 2009.

In 1993 Ian and Betty Lorimer and John and Val Kidston were awarded Appreciation Certificates for the time and effort they have given to the branch over the years.

Our first branch member to become a State Councillor was Gwen Campbell who was elected in 1995. Over the years Gwen held the portfolios of Publicity Officer, Lone Member Officer and Rugby Tops Convenor. At the 2003 State Conference held in Bourke Gwen stepped down, but Tottenham branch gained a new State Councillor when Madeleine Simmons was elected to Council. Madeleine took on looking after the Lone Members and remained in this position until stepping down from council in 2005.  In 2007 Sally Quigley joined Federal Council and has been the leader of the Tertiary Portfolio for a number of years. In 2011 Sally was elected to Federal Vice President. In 2009 at Balranald Heather Druce was elected to State Council taking on the Allowances Portfolio.  In 2011 Heather was elected to State Vice President. 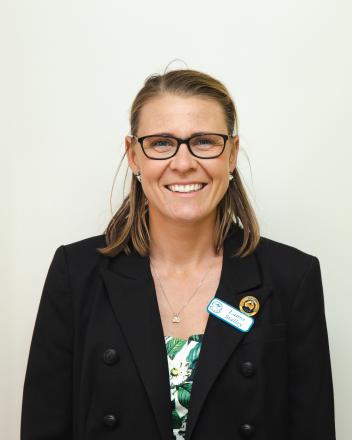