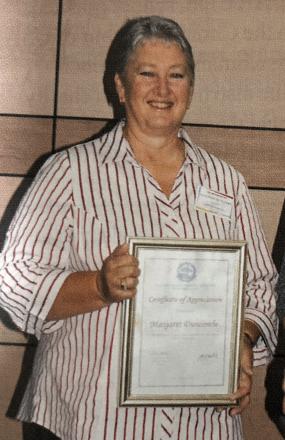 Margaret Duncombe was the ICPA  Australia Federal Treasurer doing a couple of 4-year stints in that role as well as Assistant Secretary for a time in between. Margaret came onto Federal Council in 2001 and remained until she stepped down at conference in 2010.