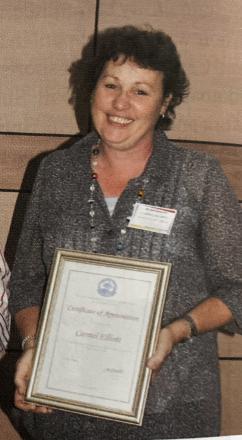 Carmel Elliott was ICPA's first Web Manager from the early 2000s. She was responsible for making sure the web site operated as it should and provided training to the State Web Masters. Carmel oversaw the development and implementation of the ICPA website until she stepped aside in 2010.