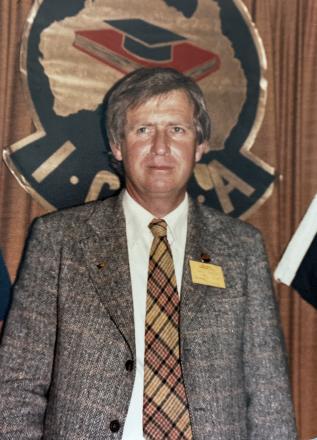 Member of the Order of Australia

About David Houston AM

ICPA Federal Life Membership was presented to Mr David Houston AM at the 2003 Federal Conference in Hobart in recognition of his many years of voluntary contribution to ICPA.

David’s ability, dedication and caring attitude towards the people and families he served as State and Federal President has shown at all times, and in 1993 David was acknowledged in the Queens Birthday Honours. David was made a Member in the General Division of the Order of Australia on June 14th, in recognition of his services to the community, particularly in the area of Education of Isolated Children.

His experience, advice and expertise when dealing with Government and Departmental personnel was invaluable to the councils at all times with no gain for himself or family.